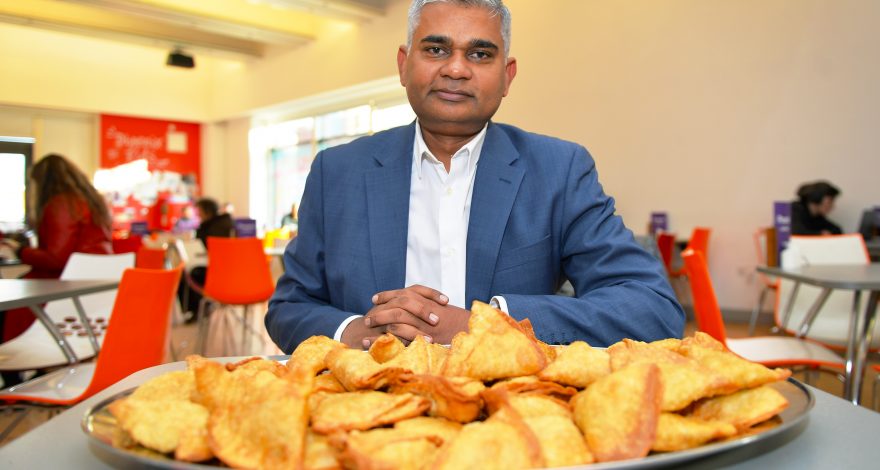 The first ever National Samosa Week launches in the city "

The first ever National Samosa Week launches in the city

As well as the arrival of Spring we’re also looking forward to the first ever National Samosa Week. That’s right, a whole week dedicated to the triangle-shaped savoury snack from April 9-13, 2018.

Founded by the Leicester Curry Awards, the aim of the week-long event is to draw attention to the rich culture and food heritage of South Asia.

Romail Gulzar, Founder of the awards says: “There’s a national food event for everything from burgers to beer so why not samosas? The savoury dish has grown in popularity and for many people in the South Asian community, eating one is like the equivalent of having tea and cake.”

Although popular with the South Asian community, the snack can be traced back prior to the 10th century and is said to originate from the Middle East where it was known under the name Sanbosag in Persian texts. Eaten by travelling merchants, it is likely that this is how the tasty parcels made their way to other parts of the world including India and Pakistan ultimately leading to the popular street food snack we know today.

Today, the samosa is traditionally fried and stuffed with a savoury filling, such as spiced potatoes, onion, peas or minced lamb.

To launch the event in April, the organisers in Leicester will be setting up a pop-up shop in a city centre venue and encouraging people to buy, eat and sell as many samosas as they can. All the money raised will be split between two charities that are being supported in this year’s awards; Leicestershire Action for Mental Health Project (LAMP) and Care of Police Survivors (COPS).

Romail Gulzar sent on to say: “We want to encourage people all over the UK to buy or make their own samosas during the week and sell them at work and school to raise funds for their local community or charities. We’re hoping this could be the start of something really popular and we hope it will gain momentum with each passing year.”

The organisers are currently looking for partners in various cities to help host events nationally.

For more information or to get involved, please call 0845 500 5052 or email us at info@nationalsamosaweek.com